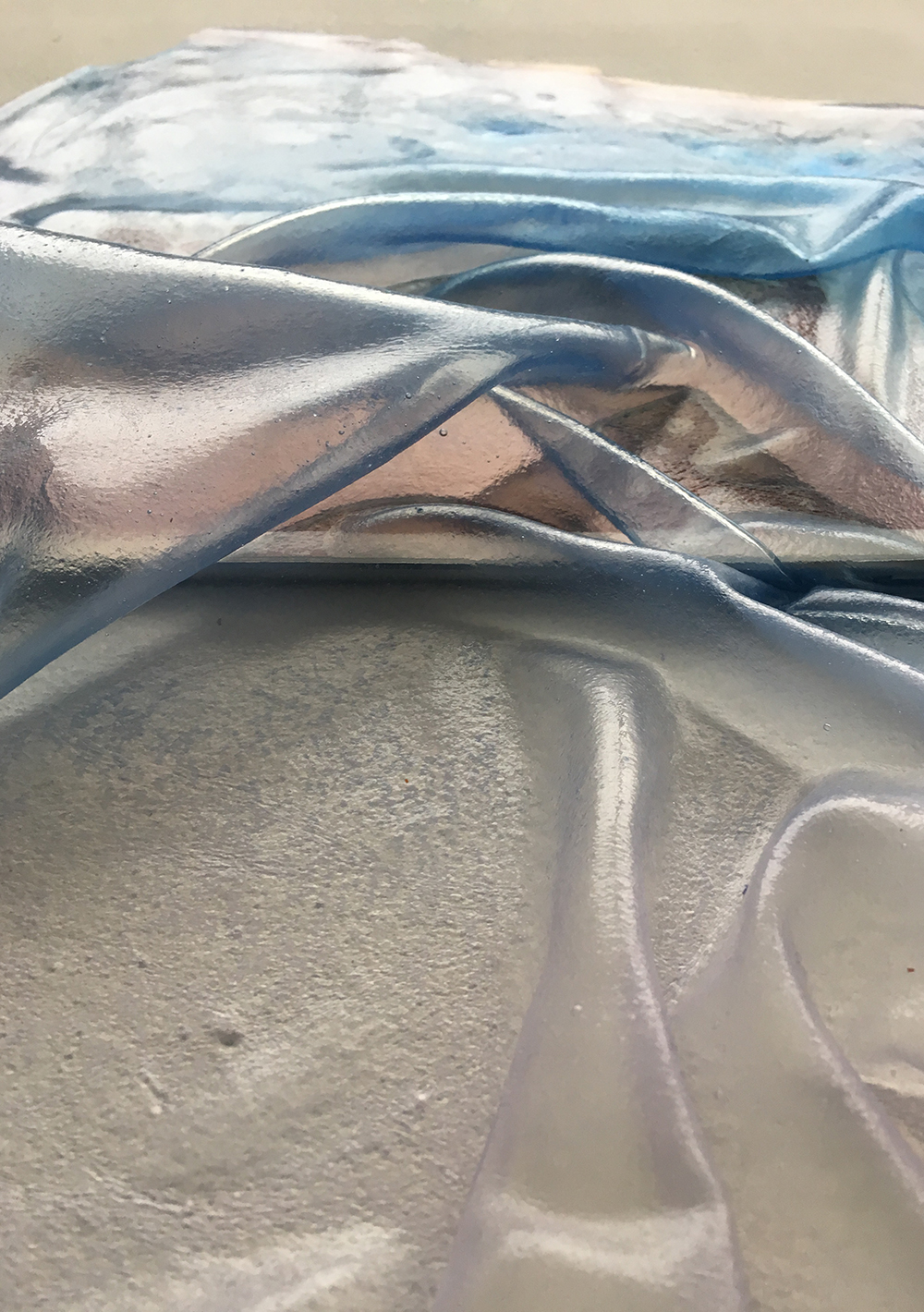 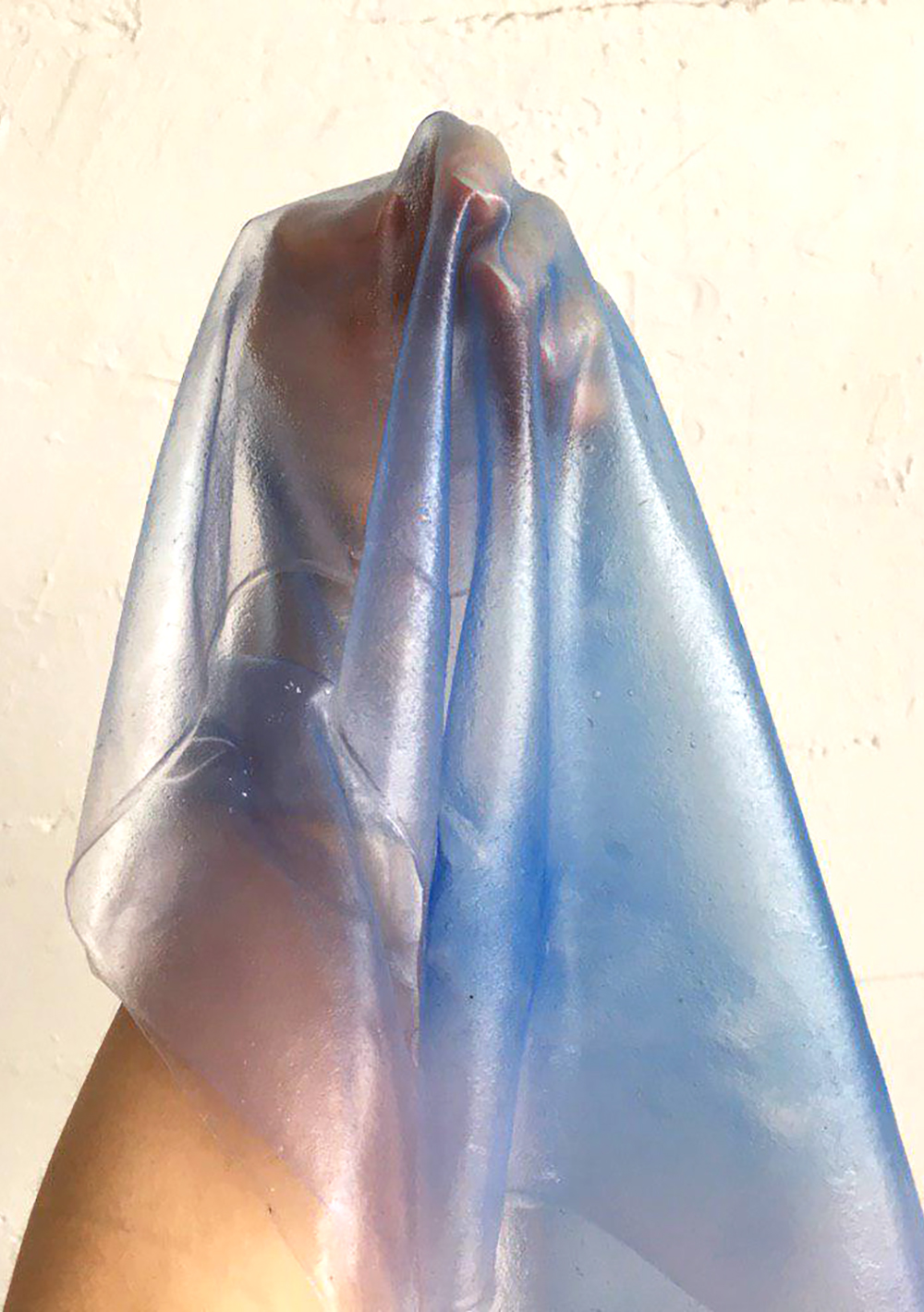 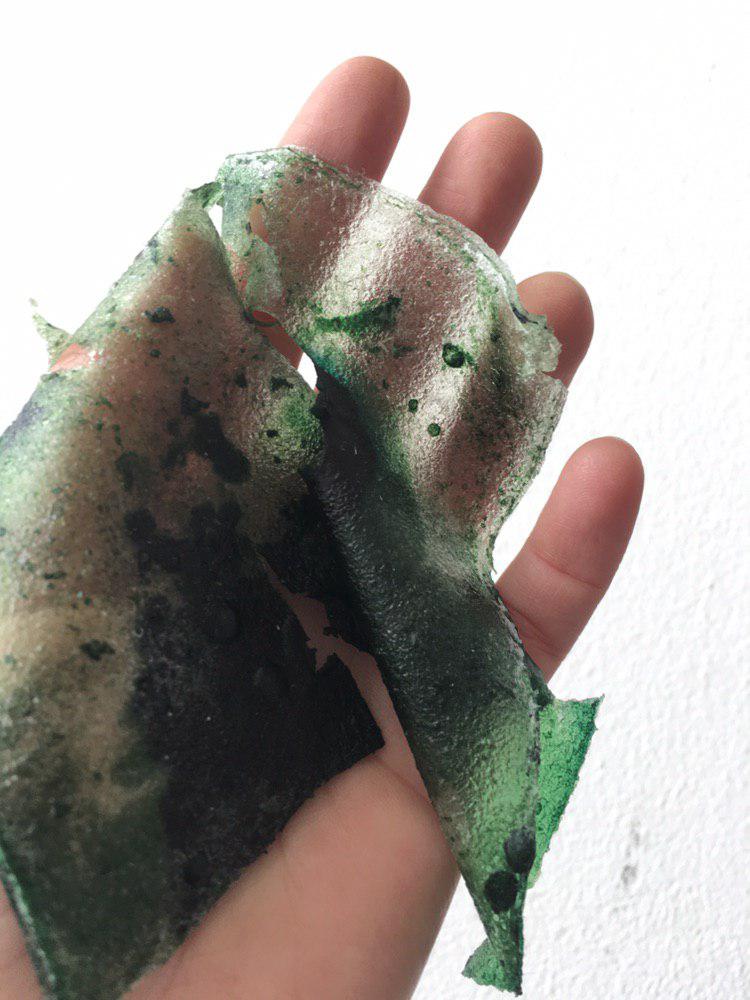 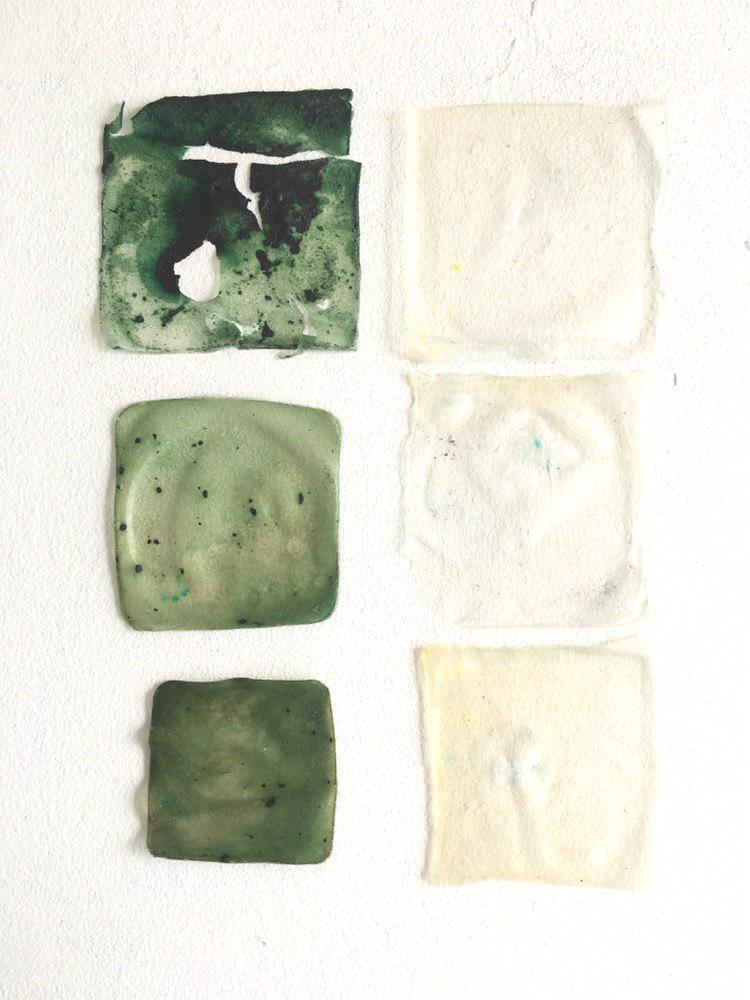 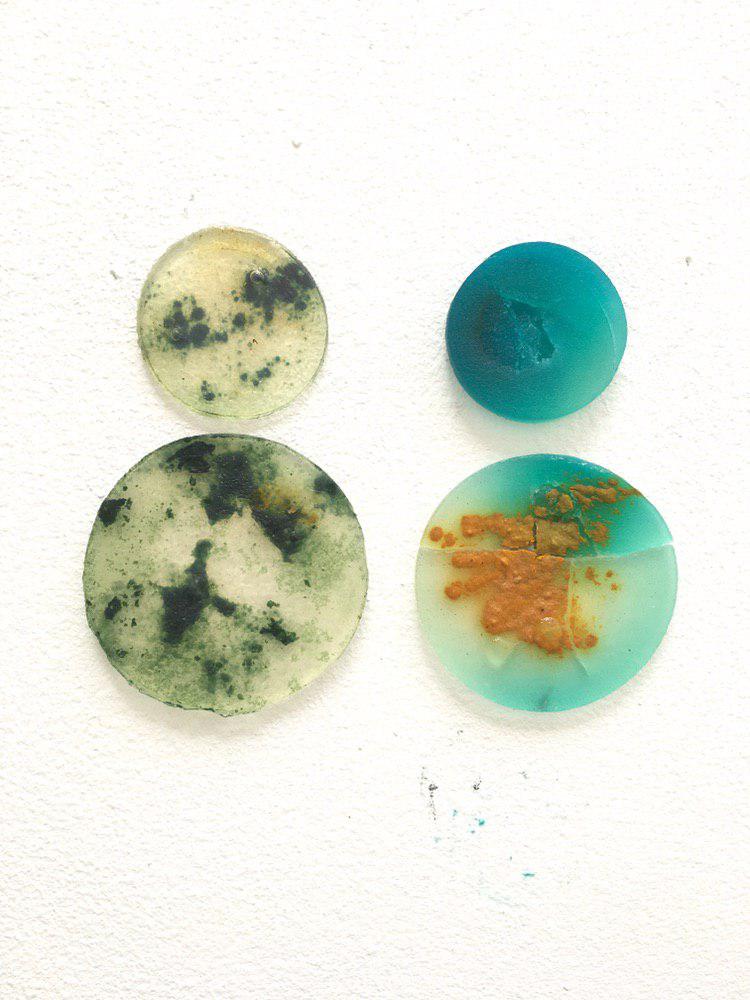 Agar shrinks a lot in size and thickness over time, and if left in a mold where it's connected to wooden edges, will form cracks in the center. Make sure to cut the agar free from the edges of the mold after the first 24 hours of setting. It has an amazing texture, almost the feel of a skin, and is a more flexible than gelatin. It is one of my favorite bioplastics to work with.

Agar is a biopolymer made from agarose and agaropectin found in the cell walls of red algae from the phylum Rhodophyta. The agarose is released and the molecular bonds are able to be released and realigned to create the biomaterial through heating and boiling. It's often used as a substrate for culture media in petri dishes used in biological laboratories. (Great to use as a custom base for bacterial Agar Art, potentially outlined in a later "chapter"!)


Agar affects touch capacitive screens! As you can see in the video below - as it touches the iPad, the indium doped glass senses it like a finger touching hyperlinks on this website :) 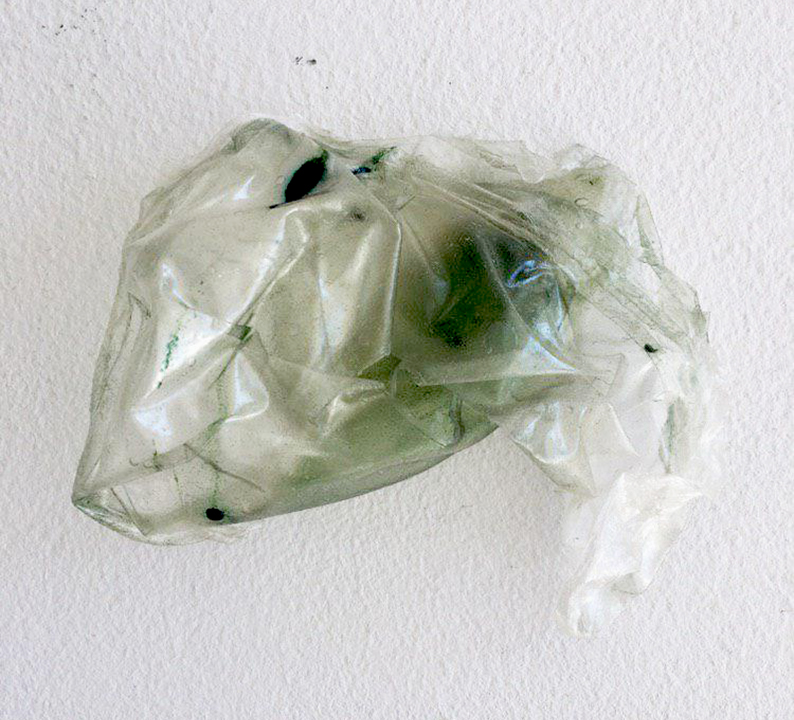 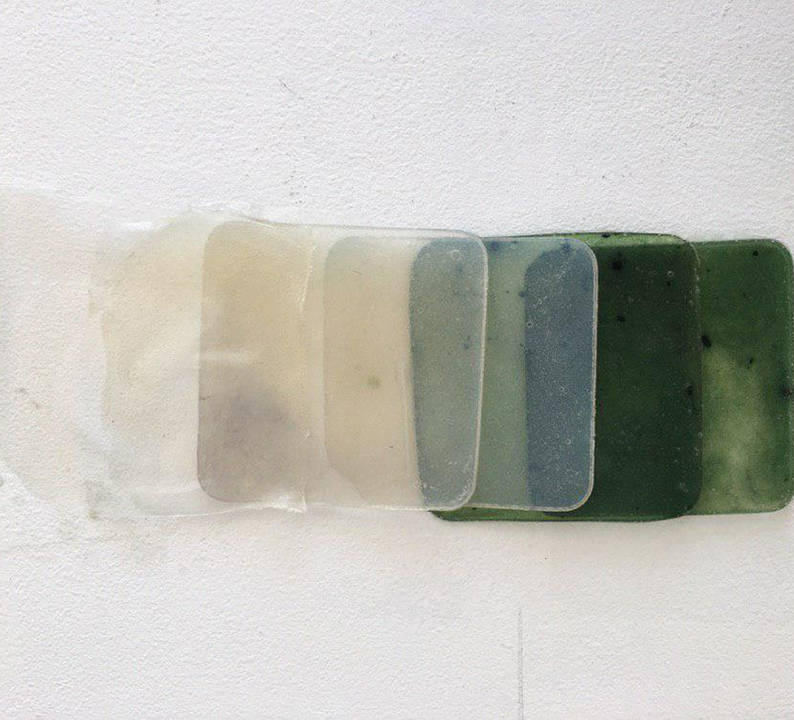