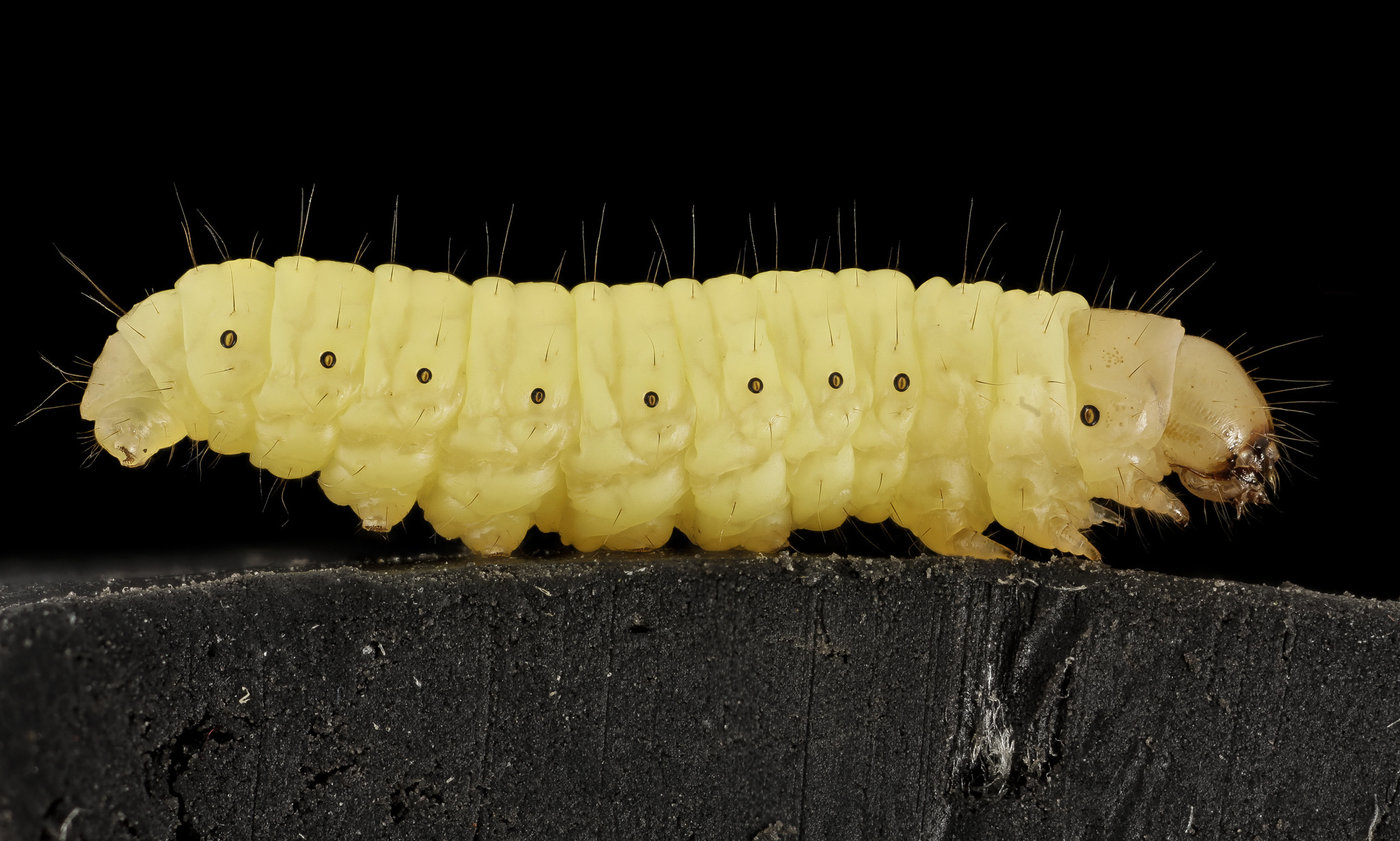 Federica Bertocchini, a developmental biologist in Spain, found wax worms Galleria mellonella living in her backyard beehives, and as an experiment, placed them in a plastic bag. When she checked the bag a few hours later, she discovered small holes in the parts of the bag that the larvae had ate through.
The larval form of a small moth, wax worms get their names because they live on the wax in bee hives. When the moth lays its eggs inside the beehive, the worms are able to grow into their pupa stage by eating the beeswax. Beeswax is a complex polymer, and composed of a mixture of lipid compounds, including alkanes, alkenes, fatty acids and esters. Both wax and the polyethylene in the plastic bag had a similar carbon backbone, which the worms could break down. After Bertocchini and her collegues did some experiments, they discovered that the wax worms were producing enzymes, or through enzymatic activities of their intestinal flora they were able dissolve the plastic. This enzyme converted polyethylene into ethylene glycol. 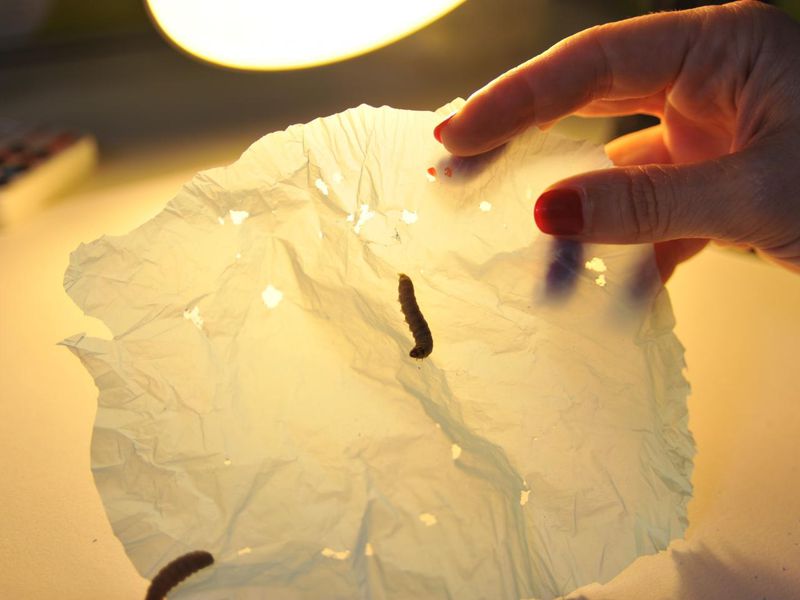